The Super(Sonic) powers of the Hedgehog

Wild Cornwall is Cornwall Wildlife Trust's magazine, delivered directly to the door of our amazing members three times a year.

Each week during the period of social distancing, we will be delving into past and present issues of Wild Cornwall magazine to bring you our favourite articles.

This week’s Wild Cornwall article is from the latest issue (Spring - Issue 141) which was sent to members last week. We might take hedgehogs for granted as they are such a familiar creature from story books – and, in recent years, internet videos – but when was the last time you actually saw one in the wild? In this article, find out more about this wonderful little creature and their secret superpowers!

Beyond their charismatic cuteness, there's a lot to discover about these wonderful little creatures and their secret superpowers!

We might take hedgehogs for granted as they are such a familiar creature from story books – and, in recent years, internet videos – but when was the last time you actually saw one in the wild?

Hedgehogs attract a lot of interest in the press these days because of their dwindling numbers, but what about some of the facts that make these animals so interesting in the first place?

We shouldn’t overlook the well documented population decline but let’s first learn something about these nocturnal mammals. To understand why they are so important to our native ecosystems, why we should aim to protect them, and how we can influence changes, would be taking a big step towards helping our local hedgehog population to recover.

The earliest known member of the hedgehog family lived about 58 million years ago. Hedgehogs have always fascinated people and this dates back to the Neolithic Period – proof of which exists in the form of a carved toy hedgehog that was found buried next to a grave, unearthed near Stonehenge, dating back some 3,000 years. There are now seventeen species of hedgehog in five genera found through parts of Europe, Asia, and Africa. The smallest hedgehog that ever existed was a species called Silvacola acares that lived 52 million years ago in the rainforests of northern British Columbia. It was about 2 inches long. All species are now extinct in the Americas – possibly due to their small size.

Slightly more recently… hedgehogs were actually domesticated by the Romans, who were well known for adapting European mammal species for all sorts of things including food, weapons and clothing. As a result of Roman conquests throughout England, we now have species such as rabbits and ‘edible’ dormice (Glis glis) in our countryside.

Cornish hedgehogs have long enjoyed a largely undisturbed existence, unlike their cousins elsewhere in Roman Britain, who lived in fear of having a spine or two nabbed for use as quills, or worse, ending up as a tasty snack in a centurion’s lunchbox!

The facts indisputably show that hedgehogs are amazing animals that have been around for many millennia and we want this to continue. But more importantly, and the reason behind the alarm at their population decline, they are an ‘indicator’ species – the foraging equivalent of the coal-mine canary for our environmental health.

If hedgehogs exist in a habitat, then all the food they eat lower down the food chain must also exist to sustain them. They must be able to access other areas in which to breed and keep the population going. However, habitat fragmentation, farming, garden pesticides and the hedgehog’s unfortunate susceptibility to becoming roadkill are the biggest threats to hedgehogs and has resulted in a significant population decline. In fact, it’s statistically likely that the last hedgehog you saw was lying dead at the side of the road. This sobering fact is one that we want to change by helping these creatures – and the ecosystems that they represent – to become part of the countryside, our gardens, and Cornwall’s wildlife again.

Unfortunately, no superpower can save hedgehogs without human intervention. Cornwall Wildlife Trust, alongside our partners the Cornwall Mammal Group and Prickles and Paws Rescue Centre, is part of Operation Hedgehog, which is working to understand where hedgehogs still exist in Cornwall – and where they are absent. We aim to build this population back up to strength with local initiatives to reverse the population decline across the county. 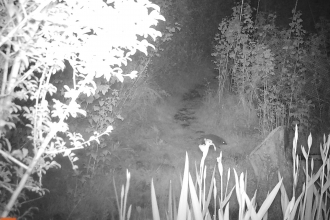 Let us know by submitting a recording. 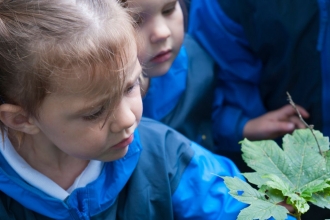 A Cornwall Wildlife Trust supporter had created a great homeschooling worksheet related to this article! 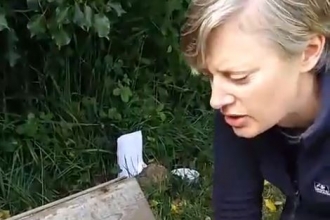 Learn about what makes a hedgehog friendly garden

Cheryl, our Head of Conservation, gives her hints and tips.

Become a member to receive Wild Cornwall magazine three times a year and help protect Cornwall's wildlife with your contribution at the same time!

Gardening for moths and butterflies, with Kate Bradbury

A day in the life of... a willow lobster pot maker