Due to the coronavirus lockdown, some Open Garden events have needed to be cancelled. In this blog series, we will be speaking with with those who open up their garden for the fundraiser to give you a 'digital visit'. Enjoy!

Due to the coronavirus lockdown, the Open Garden events for 2020 have been cancelled. In this online Open Gardens series, we will be speaking with with those who open up their gardens for the fundraiser so you can 'visit' digitally!

Once farmland, Lethytep is a shining example of nature in recovery. Philip and Faith Hambly are stewards to 40 acres of species-rich wildflower meadows and vast ponds. The garden was due to open on 7th June to raise money for Cornwall Wildlife Trust as part of our annual Open Gardens series but due to coronavirus, has been unable to do so.

Here, Philip retells how Lethytep came to be what it is today and what he enjoys seeing at this time of year.

How long have you lived in the house?

The house at Lethytep was built over 6 years, and we moved in during the Summer of ’96. Lethytep, however, has been growing, changing and flourishing for around 20 years, after retiring the land from farming.

What have you done to the garden since living there?

To call Lethytep a garden is somewhat a misnomer, Lethytep Conservation Meadows would be more accurate.  I involved the transformation of 52 acres of farmland and wet woodland into traditional Hay Meadows [Wildflower Meadows] and woodland walks for the benefit of wildlife, whilst maintaining its status as farmland, producing hay and winter sheep keep.

It all started with a pond that I put in place in 1999 with the intention of fishing in my retirement, but to this day I’ve never taken a rod down there! I already had quite an interest in natural flora and fauna so things advanced from there.

I created a path through the woodlands next, developing a natural irrigation system using trenches that ran under the path an out to the stream. Along the path are bug hotels, bird boxes and dormice nests to encourage wildlife.

Lethytep is now engulfed with 40 acres of blooming wildflower meadows. Because of my feelings about modern day farming, I decided to do what I wanted to and not what people expected me to and so I encouraged different and interesting wildflower species. Unwittingly, I had been doing everything right all along (not using modern sprays and fertilisers) and now rare species of flower bloom here, including the orchids which everybody loves to see.

Views across the pond - Isabella Hawkes

How did / do you decide what plants to grow in your garden?

Many of the wildflowers have naturalised here over the last 20 years, but the majority of the seeds planted were prescribed by Natural England when we entered higher level stewardship. (This is a government scheme to encourage the protection of conservation sites)

The beauty of Lethytep is that it is not a prescribed garden but a wildlife haven that encourages naturalised growth and introduction of new and sometimes rare species. For example, the Southern Marsh Orchids naturally occurred on the site after a number of years and are a brilliant identifier of rich and healthy soils.

In the woodland you’re likely to find ferns, pink purslane, irises and other shade-loving plants whislt the ponds are surrounded by cow parsley, foxgloves, reeds and the lilypads on the water are starting to flower.

Wildlife is visible everywhere you look at Lethytep - to date our records show 24 butterfly species, over 100 bird species and over 200 species of plant. Otters, foxes, badgers, rabbits and deers are all common sights here. The pond is particularly busy with swallows, kingfishers, dragonflies and other aquatic life at the moment. I am a keen photographer and the majority of wildlife has been photographed, you can find albums in the summerhouse if you visit.

What are your favourite plants in your garden?

Why did you agree to be part of Open Gardens 2020?

We have opened this garden in support of Cornwall Wildlife Trust every year since the scheme began. We share a common passion and I love to share this site with others who are interested in the work that has been done. 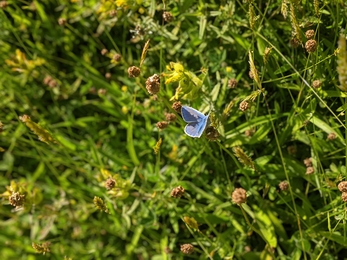 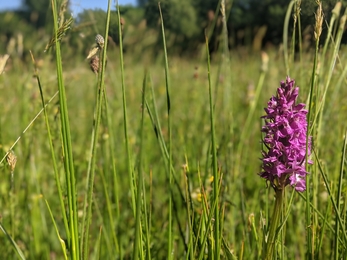 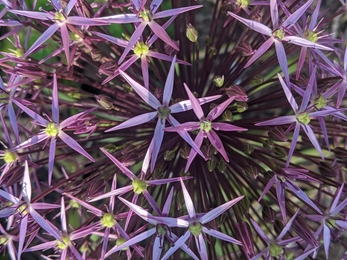 This year we are unable to raise funds from the Open Gardens visits. Please help in any way you can.

Due to the coronavirus lockdown, the Open Garden events for 2020 have been cancelled. In this online Open Gardens series, we will be…

Due to the coronavirus pandemic, the Open Garden events for 2020 have been cancelled. In this online Open Gardens series, we will be…

Due to the coronavirus lockdown, the Open Garden events for 2020 have been cancelled. In this online Open Gardens series, we will be…